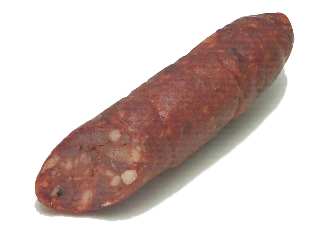 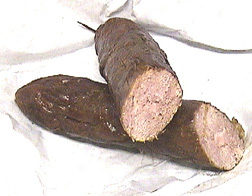 Andouille is "a coarse-grained smoked meat made using pork, pepper, onions, wine, and seasonings. Andouille is French in origin, but has also been brought to Louisiana by French or German immigrants. In the United States, the sausage is most often associated with Cajun cooking." Andouille sausages are sometimes referred to as "hot link" sausages.

Other descriptions describe it as a spicy, heavily smoked sausage made from pork chitterlings and tripe.

A smaller sausage with the same characteristics but not smoked is known as andouillette sausage.

Retrieved from "https://recipes.fandom.com/wiki/Andouille?oldid=690703"
Community content is available under CC-BY-SA unless otherwise noted.