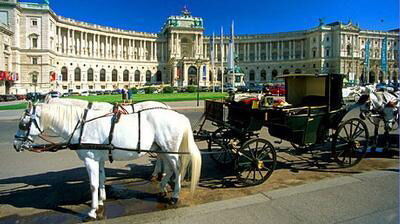 Nowadays, Austria only occupies a small part of the old empire. For more than six centuries, the Austrian Empire or the Habsburg Empire, as it was also named, contained parts of modern Switzerland, France, Germany, Italy, former Czechoslovakia, Hungary, former Yugoslavia, Poland, and two regions that today do not exist anymore under this name: Bohemia and Moravia. The cuisine, as all of the elements of the Austrian culture, was influenced by each of the nations that once lived on the territory of the empire. As proof of the influence stand the accents of the Austrians. Most of them speak Viennese with German accent, but there also are people that have Hungarian, Serbo-Croat, Czech, or Italian-Tyrolean accent. However, the Austrian cuisine was not affected only by the nations that lived on its territory. The countries with which the empire had relations also influenced the cooking style. Hence, the Austrian cuisine has elements that are particular to the Turkish, Swiss, Alsacian, French, Spanish, Dutch, Italian, German, Bohemian-Moravian, Hungarian, Polish, Croatian, Slovenian, Slovakian, Serbian, and Jewish cuisine. Nevertheless, the Austrian cuisine has its own original concepts which are known all over the world.

The environment also determined a specific cooking style. The mountains and the forests that take up two-thirds of the Austrian territory only allowed certain animals to be grown and certain plants to be cropped. Also, people organized hunts for moufflons, wild boars and pheasants in the forest.

The Austrians have developed a cuisine and meanwhile also developed restaurants that have a unique style. Beisel is the name of a restaurant that serves Austrian dishes and that has an Austrian feeling. Heurigers are Austrian artful taverns where people can enjoy the national cuisine, as well as the national music.

Austria is not famous only for its main dishes, but also for its wines, beer, coffee and desserts.

The nine small states in which Austria is split have different cuisines. Out of these, the Viennese cuisine is the best-known. Vienna, although is the smallest state, has the greatest density of population in the whole country. The other states have distinctive traditions influenced by the neighbor countries.

Austrian food resembles today a small federation where nine regions, or Bundeslaender, are influenced in a different way by their geography and the proximity with border countries. Austrian cuisine has sometimes German similarities while other areas reflect ties with eastern cooking or may have a Mediterranean tone with herbs and vegetables.

Tirolean dishes are rich with a tradition of trading with Italy and include the famous Speck, a very popular smoked cured ham.

Vienna’s cuisine is distinctive and international. Viennese dishes, shaped for the most influential European monarchy, have a unique elegance and adopted many international ingredients. Viennese cooking includes Wiener Schnitzel (breaded veal which has its Italian version in Milan, with the name "Cotoletta alla Milanese"), "Parmesanschoeberlsuppe" (broth with soufflé dumplings flavored with Parmigiano cheese), and of course, the famous Sacher Torte (chocolate-glazed layer cake filled with apricot jam).

Finding the ingredients for an Austrian Recipe is not so easy when you do not know the names of the ingredients. Take time to make a list of ingredients and the name they may be found under at the Local Markets.

The Austrian cooking techniques are the world’s cooking techniques. Austrians have the same methods as most of the modern world. Boiling, drying, seasoning, roasting, frying and baking are the most important ones.

The food must have a strong visual effect and Austrians have a certain way to create equilibrium of the colors.

Most of the dishes have variations in each part of the country. And each variation is determined either by the ingredients that are used or by the cooking method.

Most Austrian dishes don’t require you to purchase any special tools. One exception, though, is the spaetzle maker. To make these delicious egg noodles, you're going to need one. Also, having a coffee grinder helps with roasting and grinding spices and maximizes their volatile oils, which, in turn, provides your food with more flavor. The tools used in a typical Austrian cuisine are used all over Europe and the United States of America: pans for frying, trays for cookies, measuring spoons, knives, forks, a box for the spices, food scoops, pots for depositing the food, and juicers, just to name a few. Thermometers and food scales, as well as other measuring equipment might also prove useful for people who want to cook with precise quantities and at a certain temperature. It should be noted, many Austrian recipes measure ingredients by weight not volume (e.g., 128 g flour, as opposed to 1 cup flour), so a food scale may be required.

Each nation organizes festivals in order to celebrate and to promote the traditional foods and beverages. Austria makes no exception. Several food and wine festivals are planned each year. These are good opportunities for the chefs to prove their skills and for the people to join different competitions. Austrian food festivals are not organized only in Austria, but all over the world, wherever an Austrian community exists.

Community content is available under CC-BY-SA unless otherwise noted.