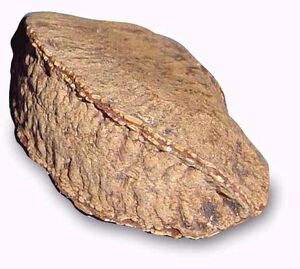 Despite their name, the most significant exporter of Brazil nuts is not Brazil but Bolivia, where they are called almendras. In Brazil these nuts are called castanhas-do-Pará (literally "nuts from Pará"), but Acreans call them castanhas-do-Acre instead. Indigenous names include juvia in the Orinoco area, and sapucaia in the rest of Brazil. They can be seen being sold in a market under this name in a scene from the 1922 Stan Laurel film The Pest.

While cooks classify the Brazil nut as a nut, botanists consider it to be a seed and not a nut, since in nuts the shell splits in half with the meat separate from the shell.

Brazil nuts are 18% protein, 13% carbohydrates, and 69% fat. The fat breakdown is roughly 25% saturated, 41% monounsaturated, and 34% polyunsaturated. The saturated content of Brazil nuts is among the highest of all nuts, surpassing macadamia nuts, which are primarily monounsaturated fat[citation needed], and the nuts are pressed for their oil. Because of the resulting rich taste, Brazil nuts can often substitute for macadamia nuts or even coconut in recipes. Also due to their high polyunsaturated fat content, primarily omega-6, shelled Brazil nuts soon become rancid.

Retrieved from "https://recipes.fandom.com/wiki/Brazil_nut?oldid=510492"
Community content is available under CC-BY-SA unless otherwise noted.