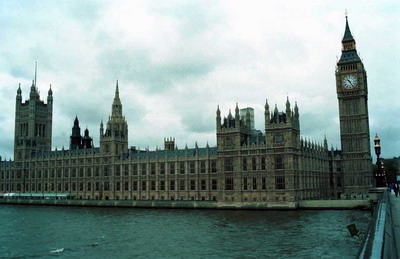 Although the British Empire occupied once a quarter of the world’s land, had a quarter of the globe’s population, and is responsible for the industrial revolution, its cuisine has been described as a simple and even very poor. However most of these comments have more to do with the stereotype of British food as boil meat and vegetables. This is not British food, and never has been!

The climate and the fact that it is an island affected the cuisine. From the warm climate of the south, to the cooler north. Golden wheatfields, and the fat cows of Jersey England produces amongst the finest produce available anywhere in the world. During the British Empire era, ingredients and cooking concepts were brought from the European countries with which Britain interacted, as well as from as far afield as The Americas, India and Asia and were incorporated widely into British food.

The Britain saw the beginnings of World Cuisine as we know it today. While Escoffier, is considered by many the "Father of modern Cuisine" it is largely forgotten that he spent a large part of his working life working in English kitchens. And that many of his best remembered recipes were created at the Savoy and Ritz hotels in London.

While it is also true that World Cuisine largely passed Britain for decades after the Second World War due largely to the heavy rationing still in place well after the war ended (in fact it finally finished altogether as late as 1954). British Chefs and food taken the world by storm over the past few years.

Yes British food is often "Meat and two veg" (In fact I think you will find so is most of the world). Does that mean our cuisine is limited? No! Do we all eat the "Roast beef of olde England" on a regular basis (Sadly no). Does it lack the refinement of French Cuisine? No!

While there is much overlap between the 4 none is more traditional than any other.

Finding the ingredients for an British Recipe is not so easy when you do not know the names of the ingredients. Take time to make a list of ingredients and the name they may be found under at the Local Markets.

Most British dishes don’t require you to purchase any special tools. However, having a coffee grinder helps with roasting and grinding spices and maximizes their volatile oils, which, in turn, provides your food with more flavor. British cuisine does not use special equipment, whatsoever. It is good to know that when preparing a British dish, the utensils that are used are available in most of the kitchens around the world. egg rings, spatulas, forks, spoons, knives, containers for the ingredients, boxes with spices – these are the usual tools which are needed. Scales for weighing the ingredients and thermometers for cooking the foods at certain temperatures should be used.

The British People want to prove that the British cuisine has never been as poor as it was portrayed and festivals are held across the land.

Some of the most better knwown festivals are: International New Products Forum, Food and Drink Expo, Food and Bake, Northern Restaurant and Bar, Natural Products and Organic Products Europe, IFEX Belfast, A Taste of the Dales, The Scottish Specialty and Fine Food Fair, National Vegetarian Week, The London Specialty and Fine Food Fair. These are only some of the events that are organized in the United Kingdom.

Some of the chefs or cookbook writers became famous. The most important names in the British cuisine are:

Retrieved from "https://recipes.fandom.com/wiki/British_Cuisine?oldid=750699"
Community content is available under CC-BY-SA unless otherwise noted.