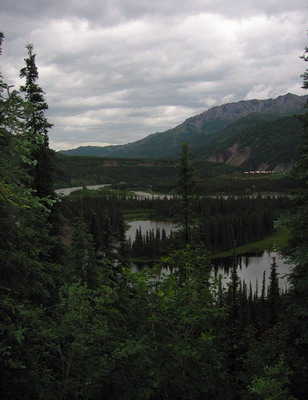 Canadian cuisine is very different from one region to another. As a matter of fact, the traditional cuisine of English Canada resembles British and American cuisine, but the traditional cuisine of Quebec and French Canada finds its roots in French cuisine. A great influence was that of German, Ukrainian, Polish, and Scandinavian cuisines while Newfoundland and Maritime cuisines both derive from Irish and British cooking, and the most preferred are beef, pork, and the salt-cured fish. Most Canadian home cooks have assimilated new recipes and ingredients from the entire world. One of the most important aspects of Canadian cuisine is represented by the fusion of modern culinary techniques and Canadian ingredients like wild blueberries, saskatoon berries, mussels, bison, caribou, salmon, wild rice, beer, ice wine and locally produced wine, maple syrup and cheeses.

Canadian cuisine has a wide variety of dishes as it follows: a French-Canadian fast-food called poutine which contains the French fries, cheese curds, and gravy. Caesar cocktail is made from vodka, clamato juice (clam-tomato juice), Tabasco sauce, and Worcestershire sauce in a salt-rimmed glass. This cocktail was invented in Calgary in 1969. Another Canadian dish is represented by the Lumberjack’s Breakfast aka Logger's Breakfast which consists of eggs, bacon, ham, sausages and large pancakes. In 1915, in the North part of Ontario, butter tart was invented and this is made of sugar, eggs, butter, raisins, pecans and flavour. A delicious meat pie originating from Quebec is Tourtiere and, in order to cook it, you need the following ingredients: onions, pork, and celery. In most Canadian Chinese restaurants, ginger and beef have become one of the most famous dishes. A street food originated in Halifax in called Donairs and it is a variation on the Middle-Eastern Doner kebab; the ingredients needed to obtain donairs are slices of meat, sauce containing condensed milk, Sugar, vinegar, and garlic powder.

In Canada, a very popular style of cooking is that of Canadian Chinese cuisine which is also called Can/Chinese and which was invented by early Cantonese immigrants by adapting traditional Chinese recipes to Western tastes.

In deciding what to order, customers always consider that the way in which food is prepared plays a crucial role. In restaurants, any menu item which is said to be « homemade » refers to the fact that the food is not a commercially prepared product. As far as « barbecued meats » are concerned, they are expected to be cooked by a direct source of radiant heat, not in an oven or a pan. Furthermore, when meats are cooked by broiling or frying and simply added barbecue sauce, the kind of meat should be named and, more than this, it should also have descriptive terms such as «with barbecue sauce »or « barbecue flavored ».

Generally, in the Canadian cuisine, dishes do not require the use of any special tools. Nevertheless, a coffee grinder is extremely useful with roasting and grinding spices and maximizes their volatile oils which, in turn, provides food with more flavor. Deep serving dishes are required for the Canadian soups. You need to consider cover lids and insulated food carriers to keep the temperature of the food constant, if you plan on serving the dishes at their optimized temperature. Because of the fact that the stews and the soups get cold really fast, and because you have to put the meats inside the boiling pans at the right temperature, a thermometer would be a wise choice for you to acquire in Canadian kitchen.

Canada also has a thanksgiving festival but it is different than the American Thanksgiving Day and this difference refers to the fact that, instead of Turkey, Canadians have lamb or ham. In the countryside, they have le Tourtiere, which is a pastry pie filled with potatoes, partridge or pheasant, and rabbit or hare. Canadian thanksgiving is celebrated on the second Monday in October. A long time ago, before the first Europeans came to North America, European farmers held celebrated at harvest time and, in order to give thanks for their good fortune and food, they filled a curved goat’s horn with grain and fruit. This symbol was named cornucopia or horn of plenty and once these farmers arrived in Canada they brought the tradition with them. In 1578, Martin Frobisher, an English navigator, held a formal ceremony in what is known nowadays as Newfoundland, to give thanks for surviving. After being knighted, a part of the Atlantic Ocean from North Canada became known as Frobisher Bay. In 1763, once the Seven Years' War ended, the inhabitants of Halifax held a special Thanksgiving Day.

Even though there are several regional specialities, most of them in the Eastern and in the Western part of the country, then there is not much authentic Canadian food, except for poutine, beaver tail pastries, or fiddleheads. One of the most interesting aspects is that even in the smallest town you can go to a Chinese-Canadian restaurant. In the larger cities one can discover a wide variety of ethnic tastes from Europe, Asia or other corner of the world.

If you would like to learn more about Canadian cuisine and Canadian culture, then visit Canada's Cultural Gateway Culture.ca

Retrieved from "https://recipes.fandom.com/wiki/Canadian_Cuisine?oldid=747858"
Community content is available under CC-BY-SA unless otherwise noted.