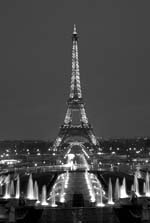 The typical France cuisine has techniques and methods common to all country’s regions, but differences such as the use of butter in the northern parts, duck fat in the southern ones, and olive oil in the southeast, will give different flavors to your meals. Also, the eastern parts of France are greatly influenced by the German cuisine, the lard, sausages, beer, and sauerkraut being part of the regional eating custom.

Auvergne is the place to fine sautés, shallots blue or tomme cheese. The famous Crêpes highly originate in the Brittany area, where you can also find Pork dishes and prune flans. Burgundy is well known for Beef or fish stews in red wine, Gougère, and the escargots (snails baked in shells with parsley butter). Quiche Lorraine, famous in most European restaurants, originates in the Lorraine region, together with Potée and Pâté Lorrain. Mediterranean influences in the French cuisine can best be spotted near Côte d'Azur/Provence.

In the Alsace region, sauerkraut with sausages, salt Pork and potatoes, spätzle, Baeckeoffe, Bredela and kouglof are just some of the main dishes you will find in the local cuisine. The Alp region is highly influenced by the Swiss cuisine, among the main recipes being the raclette (melted cheese served with potatoes, Ham and often dried Beef), fondue savoyarde, and Tartiflette (a Savoyard gratin with potatoes, Reblochon cheese and cream

In the Artois-Picardy region, stews are the main dish available. Fish or Beef is commonly used in the stews with vegetables, with other types of meat, and sometimes stewed in beer

Preparing a sophisticated French recipe may be a complicated matter, especially if you want your meal to look and taste exactly as the original recipe, with all accessories. So keep in mind that creativity and enthusiasm will be of great help in preparing such a select dish. Among the preparation methods, storing cheese is highly important.

Usually, the vegetable drawer in your refrigerator is the best place to store cheese, because it’s the coolest place. Also, remember to keep original wrappings of the cheese, or place it in an aluminum foil or plastic wrap. Charcoal ashes will help preserve the taste and original flavor of cheese, so storing larger quantities in you basement, you should know this fact as a useful tip. Cooking a meal will request great skills and know-how, like the fact that you need to know how to slow-bake a soufflé or how much cheese to put in the French Onion soup.

When you plan on cooking in a French manner, you will be in need of a lot of pots and serving spoons, spatulas, forks, turners, scrapers and tongs. Food processors, mixers, grinders and splatters are of great utility in this cuisine, especially for grating hard condiments like black pepper or cinnamon over an already prepared meal placed in a dish. The aspect of a meal is one of the most important things to consider, and you must have all the necessary equipment to arrange every single element in the ornamental dish.

Deep serving dishes are required for the traditional French Onion soups. You need to consider cover lids and insulated food carriers to keep the temperature of the food constant, if you plan on serving the dishes at their optimized temperature. Because of the fact that the stews and the soups get cold really fast, and because you have to put the meats inside the boiling pans at the right temperature, a thermometer would be a wise purchase for your French kitchen.

Traditions related to eating habits of the French cuisine relate to manners and sophistication in presenting dishes and meals. Regardless of the fact that you serve dinner in fancy restaurant or in a rustic local dinner, meals will be joined by the French baguette. Food festivals are a common traditional thing, and when they take place, a little bit of food makes for a great feast. The French quarter festival, taking place in April, implies over 150 concerts in open are, all accompanied by over 60 types of dishes that are being served. Authentic local cuisine is presented and offered, usually grilled and barbequed. The Satchmo festival is a celebration of heavy metal music where authentic red beans are prepared in variation of forms, together with Onion soup with blue waffle and artichoke stews. All festivals and traditions regarding eating habits imply drinking beer and serving cheese as appetizers or treats for celebrations.

French people are gourmands by their nature, and many of them love to cook and put their personal mark on the food they prepare. Chefs have a great sense of flavor, and they know the secrets to a delicious Beef, Pork or Duck recipe. The word “chef” was invented by the French people as a symbol of a person mastering the art of cooking, and all other cuisines recognize the value of the word and the talents of a French cook. French chefs are known worldwide for their cooking skills, and they take a lot of pride in presenting their work, being appreciated and rewarded for it.

The many recipes and even more methods of preparing special haute meals are basically due to the feeling that a chef adds to the cooking process. Combining available ingredients depends on the chef’s personal method, and can result in French dishes that will become even more original and delicious than the already spectacular ones.Tastes good! But here is a few france foods that we know

Retrieved from "https://recipes.fandom.com/wiki/French_Cuisine?oldid=720237"
Community content is available under CC-BY-SA unless otherwise noted.