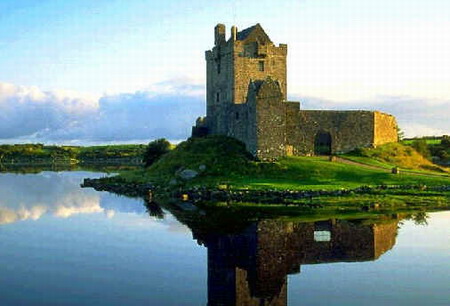 Throughout the early half of the 20th century, Irish food was considered somewhat conservative. This can be attributed to the Great Famine, when the starving resorted to "foods of the wild." Known as 'famine food,' there became a great reluctance to eat them as they often stirred memories of suffering and starvation. Other traditional type foods such as pancakes and oatcakes and other grain prepared foods used during times of food shortages similarly were avoided post-famine. As a result, a good plain meal consisting of a trio of meat, vegetables and potatoes became the symbol of comfort in Ireland. This symbol lasted until the 1960s as Ireland began to prosper economically. Many experienced an exciting diversity in foods as overseas travel became popular. Today, a visit to any Irish supermarket and you will see the multicultural influence in Irish food.

Today, the cuisine of Ireland blends two types of cooking styles: a traditional one, which is used for the preparation of simple foods and a more recent style that is used mainly in restaurants.

Many of the Irish foods are based on potatoes. Two relevant examples in this case are colcannon and champ. The first one also contains garlic, kale and cabbage, while champ is made from mashed potatoes, eggs and scallions. The potato is used in Ireland ever since the 17th century. At first, it was cropped in gardens, but later began to be grown on larger areas. It is appreciated for its high amounts of minerals and vitamins, out of which vitamin C is one of the most important. Potatoes have been used as food for animals, especially for the pigs that were butchered during the winter. As it represented the main ingredient for a long period of time, in several occasions, when the weather was harsh, the reduced production led to famine.

However, before the potatoes began to be cropped in Ireland, the main ingredients were represented by Beef, Pork and sheep meat. People also made use of poultry and game meat, in order to prepare their foods. Fish was a specific for the cuisine. The diversity only appeared in the 19th century, when people started to trade various ingredients. That moment is also marked by the increase of Chicken production.

Although Ireland is an island, the seafood does not have a very important role in the national cuisine. The number of the dishes based on seafood only increased recently and some foods that contain shellfish, such as Dublin Bay Prawns and Galway Oysters, have become famous across the country. The most frequently used fish varieties are salmon and cod.

Two of the most important ingredients that are used in the Irish cuisine are the bread and honey. The bread that is made in Ireland knows many variations, and the most common are: wheaten bread, blaa, soda bread and Waterford. Honey was used ever since the early Irish cuisine as the main ingredient of a traditional beverage, named mead.

Nowadays, the Irish cuisine gathers influences from the Western civilizations. As evidence, the fast-food industry, which has roots located in the United States of America, is developing quickly. Some of the European countries also affected the Irish cooking style, as pizza and curry are popular in Ireland. Other dishes may have Chinese, Mexican or Indian provenience. The fast-food that is consumed in Ireland has bad effects on people’s health. Ireland is now among the first countries, in the heart disease top, and obesity also becomes a common health problem. Another factor that leads to bad health is represented by the high use of butter and meat in the preparation of the traditional dishes. In order to remediate these problems, people have developed new preparation methods, based on the same ingredients. They offer a more important role to the shellfish, vegetables, bread, potatoes and cheeses. Many of the Irish dishes, out of which Dublin coddles and the Irish stew should be mentioned, are now regaining their popularity.

Regarding the beverages, Ireland has its own identity. Many of the drinks that are made in Ireland, or in an Irish manner, have gained popularity all over the world. The Irish whiskey cream, the Irish coffee and the great number of beers that are produced here, helped Ireland to become famous.

The cuisine of Ireland is rather homogeneous. As the country is on an island, the other countries have made contact with Ireland very late. Therefore, the influences are not very strong and the traditional dishes have a very important role in the Irish cuisine. More recently, many of the European countries, as well as countries from Asia and America, have begun to affect the Irish cooking style. As there cannot be made a classification based on the regions of the country, the only way to categorize the Irish cuisine is by the cooking styles. Hence, Ireland displays two cooking manners: traditional Irish cuisine and modern Irish cuisine. The first one consists of simple dishes made from the basic ingredients that can be found across the country, while the other one features more complex foods. The greater number of the modern dishes is the consequence of the ingredients’ number, which is increasing.

Examples of Irish cuisine are Irish stew, and bacon and cabbage (boiled together in water). Boxty, a type of potato pancake, is another traditional dish. A dish mostly particular to Dublin is coddle, which involves boiled pork sausages. Ireland is famous for the Irish breakfast, a fried (or grilled) meal generally comprising bacon, egg, sausage, black and white pudding, fried tomato and which may also include fried potato farls or fried potato slices.

Colcannon is a good dish made traditionally of potato and curly kale, or sometimes cabbage. Champ consists of mashed potato into which chopped scallions (spring onions) are mixed.

While seafood has always been consumed by Irish people, shellfish dishes have increased in popularity in recent times, especially due to the high quality of shellfish available from Ireland's coastline, e.g. Dublin Bay Prawns, Oysters (many oyster festivals are held annually around the coast where oysters are often served with Guinness, the most notable being held in Galway every September ) as well as other crustaceans. A good example of an Irish dish for shellfish is Dublin Lawyer - Lobster cooked in whiskey and cream. Salmon and cod are perhaps the two most common types of fish used.

In the 21st century the usual modern selection of foods common to Western culture has been adopted in Ireland. Europe's dishes have influenced the country, along with other world dishes introduced in a similar fashion to the rest of the western world. Common meals include pizza, curry, Chinese food, and lately, some West African dishes and East European (especially Polish) dishes have been making an appearance. Supermarket shelves now contain ingredients for traditional, European, American (Mexican/Tex-Mex), Indian, Chinese and other dishes.

In tandem with these developments, the last quarter of the 20th century saw the emergence of a new Irish cuisine based on traditional ingredients handled in new ways. This cuisine is based on fresh vegetables, fish (especially salmon and trout), oysters, mussels and other shellfish, traditional soda bread, the wide range of hand-made cheeses that are now being made across the country, and, of course, the potato. Traditional dishes, such as Irish stew, coddle, the Irish breakfast, and potato bread have enjoyed a resurgence in popularity. Schools like the Ballymaloe Cookery School have emerged to cater for the associated increased interest in cooking.

The preparation methods that are used by the people of Ireland in our times do not differ much from the cooking techniques of the other countries from Europe. These methods have been developed in time. In the early ages of the Irish cuisine, people used to prepare the game meat by placing it in a hole full with water, in which hot stones were put. Nowadays, of course, the Irish cuisine features modern preparation methods, such as boiling, frying, stewing, smoking, salting and broiling. These are only few of the many cooking techniques used in Ireland. More recently, people have started to prepare the foods in a healthier manner, as a feedback to the great number of health problems that were generated by some preparation techniques.

The equipment that can be found in a typical Irish kitchen is common to most of the world. The utensils that are used in Ireland do not differ, by any means, from the cooking tools that are used in Europe and in the US. Most often, the equipment that is utilized in either preparing, serving or storing the foods comprises knives, forks, teaspoons and tablespoons, graters, scoops, pans, trays and pots of various sizes, plates and tools for measuring the weight of the ingredients or the temperature at which they are cooked. Each food is served on a certain plate. For example, the soups are to be served in deep dishes, while the desserts are served on small plates. Most Irish dishes don’t require you to purchase any special tools.

The test most important event in Ireland, besides Christmas, New Year’s Eve and Easter, is Saint Patrick’s Day. A special dinner is planned in every Irish house, each year, on this occasion. The corned Beef and cabbage is the most significant traditional food that is served in people’s home. The green beer, also a representative beverage for Ireland is consumed in most of the pubs on St. Patrick’s Day. People organize many festivals to celebrate their traditional dishes, regardless of the seasons. The festivals that have the greatest fame all over Ireland are: Kinsdale Fine Food Festival, Galway Oyster Festival, Clarenbridge Oyster Festival, The Mulroy Bay scallop Festival, Irish Coffee Festival, Kilmore Quay Seafood Festival, Bantry International Mussel Fair. The chefs take advantage of these events to show the traditional dishes and the manner in which they cook. Also, many competitions are organized at these occasions.

Retrieved from "https://recipes.fandom.com/wiki/Irish_Cuisine?oldid=757382"
Community content is available under CC-BY-SA unless otherwise noted.