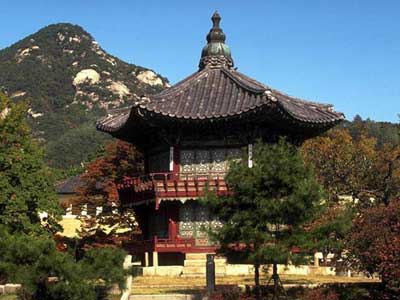 One of the more popular Korean dishes is bulgogi, or Korean barbecue. In this famous dish, meat is marinated in soy sauce, garlic, sesame oil, sugar and other seasonings, then grilled.

Korea is also known for its “soup culture”, which developed over the course of its history as a way to get through famines. Maeuntang is a spicy soup consisting of white fish, bean curd, vegetables and red pepper. "Twoenjang-guk" is soup made from fermented soybean paste.

Koreans have also developed a way to brew grains in order to make Korean wine. rice, Wheat, Barley, millet and beans are five such popular grains used for winemaking. Fruits, roots and petals of flowers are also used to make wine. In spring, Koreans like wine made from azalea petals. cherry wines, ginseng wines, apricot brandies and pine tree wines are also popular wines in Korea.

In general, the Korean diet is healthy and well balanced: it is high in fiber, low in fat, and has moderate caloric content. It consists mainly of grains (rice) and vegetables (bean curd and bean sprouts), then meat and seafood.

Rice is a staple in the Korean diet and is eaten with various side dishes and soup for the typical meal at home. Side dishes can be as simple as marinated vegetable salads and as complex as bean jellies with dressing. Traditionally, housewives prepared these "side" dishes from scratch almost daily - with the number and tastiness of the dishes reflecting the wife's culinary ability, as well as the ability to afford the variety.

The number of side dishes on the table was once an indication of one’s status in Korean society. Commoners had only 3 to 5 side dishes, while the rich had 12 or more. In modern times, the most popular side dishes can be purchased ready-made at the neighborhood grocer.

Aside from the individual bowl of rice and soup, and the shared side dishes or "ban-chan", a shared main dish will be served, usually consisting of a stew or casserole of seafood, meats or tofu, or broiled or dried fish.

A variety of seafood is popular and widely available. Many kinds of fish, crabs, oysters, shrimp, octopus and squid, and clams of all sorts are eaten daily. Beef and pork are also popular, while chicken and other poultry is usually relegated to specialty dishes.

Finding the ingredients for a Korean Recipe is not so easy when you do not know the names of the ingredients. Take time to make a list of ingredients and the name they may be found under at the Local Markets.

Koreans have 12 traditional holidays, given by the Lunar Calendar. The most important celebrations are the Seoul (the Lunar New Year) and the Chu Suck, the Korean Thanksgiving. Great feasts are enjoyed by the Korean people on the 5th day of the lunar month (Dano). Another celebration is Buddha’s birthday, the national holiday. The atmosphere of the holiday is created by a parade with lotus shaped lanterns in the streets of Seoul. All Koreans holidays are celebrated with the family and both cooking and eating the traditional meals is a very important activity during these celebrations.

The ttokkuk is the special meal people eat in Korea at birthdays and New Year, as this meal means that one year has passed. This meal is basically a rice cake soup, but with a deep meaning. Ttok is also named byung tang, which represents a broth made of ttok, which is cut long and round, meaning the circle and the strength of life. The garettok contains rice powder and it is hand made into floral shapes. The ttokkuk is boiled and seasoned with soy sauce and with chi-Dan on top of it.

Some of the Korean meals include fermented veggies or aliments which are left for hours or days to marinate in salt and water, like the fish or seafood. But also, even if this technique requires some waiting sand more time, there are many meals that include raw meat: fish or seafood, raw eggs, which don’t require any cooking. Besides these, there is a wide range of meals that include many preparations, as they consist of a base, a topping and a dressing or a spicy or sweet sauce. The meat is sometimes ornamented with lettuce, wrapped in lettuce or decorated with greens. The stone pots are used to bring the food to the table, like for kimchi and for a traditional meal; the food is brought to the table while it is still boiling. A preparation regarding drinks is the gyojasang, which consists of a large banquet table, prepared for a special occasion. On this table, rice cakes, alcohol beverages and fruit punch are arranged. After the alcohol is finished, a noodle soup is served, to calm the effects of the alcohol.

Many Korean chefs use charcoal fire in the middle of the restaurant for the grilled meats. The meat is usually served on a metal plate and the chopsticks are made of metal, unlike the wooden Chinese ones, due to the governmental measures to protect the nature. Knifes are not common at all, because meat and vegetables are already chopped or in cubes before serving. For the rice and the vegetables, that are put aside, near the meat or the main course, Koreans use spoons, made of stainless steel. The bamboo mat is used to set the Korean sushi and different leaves are used to wrap aliments or cooked meals. The Koreans families are seated at a very low table when taking lunch or dinner. The pots and the plates lack ornaments and they are usually white. The food is not served in big quantities, but it is arranged elegant in the middle of the plate. Cucumbers and other greens are used for decor.

The Korean chefs are very good at their job, as they are not afraid to experience and explore new recipes. All the Korean chefs and cooks and like to feel close to their customers. That is why in some restaurants, the chefs prepare the foods in front of the customers, on a charcoal fire. The Korean chefs give all necessary information’s to the customers about the foods that they prepared, including its effects and nutrients. Many people sell foods in the streets, including local plants and specialties that make the tourists curious. The Korean people carried on the traditions through their cooking and all participated to the cultural Korean cuisine, which is unique, exotic, creative and now famous in the entire world. For the Korean chefs, the most important aspect is that their food tastes healthy, combines the most important elements and the basic nutrients and is original and innovating.

Retrieved from "https://recipes.fandom.com/wiki/Korean_Cuisine?oldid=680412"
Community content is available under CC-BY-SA unless otherwise noted.