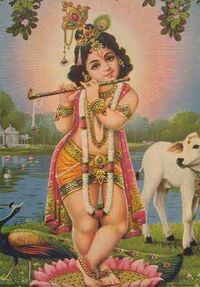 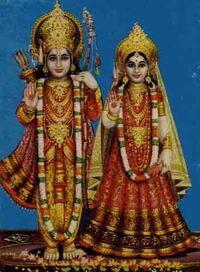 According to the lunar calendar, the sun moves from the Tropic of Cancer to the Tropic of Capricorn, or from Dakshinayana to Uttarayana, in the month of Poush in mid-January.

This end of the winter solstice also coincides with the harvest season and cessation of the northeast monsoon in South India. The movement of the earth from one zodiac sign into another is called Sankranti, and is celebrated as Makar, or Uttarayana, Sankranti, or Lohri, in the North, and as Pongal in the South.

The word pongal, in both Telugu and Tamil, signifies the boiling over of the rice in the cooking pot. Though little is known about the origin of Pongal, it is probably a Dravidian harvest festival that has survived for millennia.The Sankranti season ends with Ratha Saptami, the seventh day of the bright half of Magha, when the sun and his golden chariot are honoured. Pongal is a three-day festival. On the first day, Bhogi Pongal, celebrations are confined to the house. Evil spirits are driven out of the home and burned in bonfires, and the house is whitewashed.

The second day, Surya Pongal, honours the Sun god. Members of the family wear new clothes and cook - on a new stove and in new pots - a dish with the newly harvested rice, jaggery and moong dal. Sugarcane stalks characterise this festival, as do til, and sweets made from jaggery and peanuts.

The third day is Maattu Pongal, honouring cattle. Cows and bullocks are washed, decorated, and worshipped for their role in ensuring a good harvest.

Punjab celebrates Lohri by feasting on sweets made of jaggery, peanuts and sesame seeds, and making a symbolic bonfire of the departing winter.

In the days leading up to Lohri, children visit homes of neighbours, sing traditional Lohri songs, and ask for coins and sweets in return. While being Indian in spirit, this custom is similar to the tradition of singing Christmas carols.

In Gujarat and other western states, people observe Uttarayana, when the winds change, by flying kites. The winter sky bursts into colour with thousands of paper kites. The festivities conclude with a winter feast.

In Maharashtra, people dress in new clothes and distribute sesame sweets. New brides are welcomed into the family with sugar ornaments and a turmeric-and-vermilion ceremony. In rural Maharashtra, feasts of the new harvest mark the festival.

Assam celebrates the paddy harvest in winter with Magha or Bhogali Bihu. Pavilions with thatched roofs come up in the villages and there is feasting in the night. The pavilions are set afire in the morning. The festivities continue for a week.

At Ganga Sagar, where the Ganga enters the sea, a grand fair is held.

The festival is also called Til Sankranti or Kichri Sankranti, after its main ingredient or preparation.

In Thanjavur, Madurai, and Thiruchirapalli, in Tamil Nadu, Pongal is marked by jallikattu, or bull fights. A money bag is tied to the horns of a bull, and the man who succeeds in tethering the beast to the tree gets the money and a prize.

Makar Sankranti will fall on 14th of January on Saturday in 2006.

Retrieved from "https://recipes.fandom.com/wiki/Makar_Sakranti?oldid=507659"
Community content is available under CC-BY-SA unless otherwise noted.