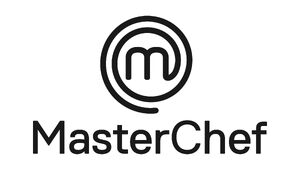 MasterChef is a competitive cooking show television format created by Franc Roddam, which originated with the UK version in July 1990. The format was revived and updated for the BBC in February 2005 by executive producers Roddam and John Silver with series producer Karen Ross.

The revived format is sold internationally by production company, Endemol Shine Group. Its first international adaptation was MasterChef Australia, which began in 2009.

The show's format has been exported around the world under the same MasterChef logo, and is now produced in more than 40 countries and airs in over 200 territories.

The format has appeared most often in four major versions: the main MasterChef series, MasterChef: The Professionals for professional working chefs, Celebrity MasterChef featuring well known celebrities as the contestants and Junior MasterChef, a version created and adapted for children, which was first developed in 1994 and has also proliferated to other countries outside the UK in recent years.

In 2018 mobile game developer Animoca secured the license to MasterChef to make games based on the hit reality television series.

Retrieved from "https://recipes.fandom.com/wiki/MasterChef?oldid=756345"
Community content is available under CC-BY-SA unless otherwise noted.