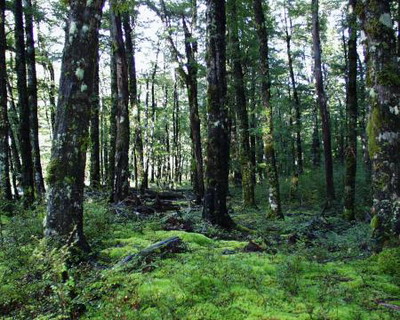 The cuisine of New Zealand features a great variety of dishes and is mostly based on fresh ingredients. This cuisine is among the youngest in the world and the diversity is generated by the desire to try out new recipes and to improve the existing ones. New Zealand is an island, and in consequence there are many types of seafood that is used in Zealanders’ dishes. Also, the soil is proper for the crops of several vegetables. These facts assure the freshness of the ingredients.

The cooking style that is practiced in New Zealand was influenced, through time, by the cuisines of many countries from Europe, Polynesia and Asia. The Aborigines, which are called Maori, have also affected the actual manner in which the dishes are prepared. Though, the strongest influence comes from Australia, and nowadays these countries share several dishes. Some of the dishes that are specific to New Zealand feature Lamb, venison, Pork, lobster, salmon, mussels, Scallops, shellfish, as well as some exotic fruits, such as kiwifruit, feijoa and tamarillo.

This country became famous because of its foods, but more than that, the wines that are produce in New Zealand are recognized all over the world as some of the best. Among the 10 areas in which wine is produced, the most important are: Martinborough , Marlborough, Gisborne, Central Otago, Waiheke Island and Hawke’s Bay. Each of these regions is famous as it creates a certain type of wine, as it follows: Gisborne produces chardonnay, Marlborough – sauvignon blanc, Martinborough – pinot gris and pinot noir, Waiheke Island and Hawke’s Bay – cabernet.

The traditional dishes are simple, especially during the summer, when people enjoy eating outside. They prepare barbecues from many types of meat, such as Beef and Lamb. The most important Maori delicacy is named hangi. This dish is prepared in a special manner. Hot stones are placed on the bottom of the deep hole. Grass is put on the stones and then the food is positioned on this layer. Next, another layer of grass is laid on the food. The final step consists of sealing the whole, by introducing earth in it. Men take care of the preparation of the hole, while the women are responsible with the food. If the family that prepares this food is numerous, each member must participate.

The Maori foods are some of the dishes that require being prepared in a specific way. Such a dish is hangi. The preparation of this food involves digging a deep hole and puting hot rocks in it. Leaves or wet burlap sacks are laid on top, then the food and then more leaves or sacks and finally the soil from digging the hole. The food is delicious and succulent after leaving for three to five hours before uncovering and with no more seasoning than a little salt.

The rest of the dishes are prepared using modern cooking techniques. The preparation methods are similar to those that are practiced in Australia. The main methods are: frying, boiling, seasoning, salting, baking, grinding, drying and roasting. However, each dish requires one or more of these cooking techniques to be used.

Other dishes that must be cooked in a certain way are those that are inspired from Asian foods. The Asian dishes are known to include various ingredients and also a high quantity of spices.

Most New Zealand dishes don’t require you to purchase any special tools. However, having a coffee grinder helps with roasting and grinding spices and maximizes their volatile oils, which, in turn, provides your food with more flavor. The New Zealanders do not use any special cooking equipment. The utensils that can be found in a typical kitchen in New Zealand are also used in Australia, Europe and Northern America. Most frequently, the equipment that is used to prepare, store and serve the foods includes: knives, forks, tablespoons, teaspoons, food portioners, scoops, graters, pans, trays, pots, as well as plates of various sizes. These utensils may differ, depending on the ingredients that are used and on the cooking style. For example, the natives of New Zealand, or the Maori, as they are known, do not use all the utensils mentioned above.

As many other nations, the Zealanders organize each year festivals to celebrate their traditional dishes and beverages. At these occasions, chefs and ordinary people display the national foods and drinks, as well as their specific technique of preparation. Also, sometimes people organize competitions at these events. Kaikoura is one of the regions that hosts each year since 1995 such a festival. This event takes only one day, but the local people offer entertainment for a longer period of time. Some of the festivals that are planned in New Zealand might also end up receiving prizes at the New Zealand Tourism Awards. Such a festival is the Wild foods Festival. It takes place in Hokitika and features many exotic foods, as well as competitions.

Retrieved from "https://recipes.fandom.com/wiki/New_Zealand_Cuisine?oldid=752026"
Community content is available under CC-BY-SA unless otherwise noted.