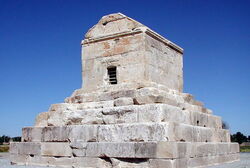 Persia, or Iran, is located in the southwest part of Asia bordering Armenia, Azerbaijan (including its Nakhichevan exclave), Turkmenistan to the north, Pakistan and Afghanistan to the east and Turkey and Iraq to the west. The official name of Iran is The Islamic Republic of Iran. Iran’s position between the Middle East, Caucasia, Central Asia and the Persian Gulf made it a strategic military and economical location but this also lead to an interesting exposure to the cuisines of other nations. Today we can enjoy Persian cuisine dishes with names such as chelow kabab (barg, koobideh, joojeh, shishleek, soltani, chenjeh), khoresht, aash, kookoo (meat and/or vegetable pies), polow (white rice with meat and vegetables) and many others. The exotic dishes that represent Iran are also quite simple to make. There are many healthy dishes made of herbs and vegetables,  mixed in a blend that is seasoned and tasteful. Meat is often combined with rice, a fact that has been true throughout Persian history. garlic, onion, vegetables, nuts, and herbs are among the most common ingredients you will find in Persian delicacies. Exotic and traditional spices, such as saffron, dried limes, cinnamon, and parsley are also masterfully used by Iranian chefs to surround their dishes with a delicious magic aura.

By Geographic Area and Style: There are two main cuisine types, differentiated by region:

The Gilan cuisine has Kateh as the traditional dish – a combination of Persian rice butter and salt which go through a cooking process until all the water in the cooking pot is absorbed by the ingredients. The Gilany rice varieties are considered the most delicious and nutritious, and they have gone through a process of cultivation that started more than 2,500 years ago. This style of cooking characterizes the Caspian region and kateh is the traditional breakfast meal for a large percentage of the population. It can be combined with cheese (panir) or jam. Although this traditional Gilan dish is not seen as a delicacy, it is often recommended for its curative properties, working well in reducing the negative effects of flues and stomach pains.

Inhabited by ethnic minorities, Khuzestan is a region of Iran that is home for Persians, Arabic-speakers, Iranian Arab tribes, the Bakhtiari, Behbahanis, Laks, and Lurs of the north, the Qashqai and Afshari tribes, the peoples of Dezful, Shushtar. The coastal region of the Persian Golf is also considered to be part of this province. The coastal habitat also influences the cuisine of the region. The most popular meal in Khuzestan is seafood. The soboor dish is made from a species of fish living in the Iranian waters. Other dishes such as ashe-mohshala, hælim (Shushtari breakfast with Lamb) and sær shir are also well known in the region.

Persian cooking is dominated by simplicity but the results are often amazing (to watch, smell and taste). While each ingredient and meal type has its own specific cooking method, there are some general rules concerning serving a meal. Each meal should have a plate of sabzi – herbs such as cilantro, tarragon, watercress, basil, coriander and the regional cheese – panir. Other commonly used vegetables include sliced tomatoes, raidishes, onions and peeled cucumbers. The coastal regions also use a lot of lemon juice for the fish and sea food dishes and dairy products such as milk and yogurt are also popular. The traditional nan bread, also known as lavash, barbari and noon, is present with every lunch or dinner.

Since the traditions behind Persian cooking were started in the arid areas of Iran, there are no elaborate coking utensils needed to prepare Persian food. A regular set of pots and pans will do perfectly for Persian meals and it always helps if you have a good set of non-stick pots and pans that allow the easy cooking for different dishes. One of the things that you should have, in case you plan to do a lot of Persian cooking, is a spice box, where to store the essential spices such as such as saffron, diced limes, cinnamon, and parsley. Persian cooking puts accent on maintaining both taste and fragrance, so make sure to serve the meal with these elements at a high point. Most Persian dishes don’t require you to purchase any special tools. However, having a coffee grinder helps with roasting and grinding spices and maximizes their volatile oils, which, in turn, provides your food with more flavor.

Persian food has the distinction of including dishes that are only served at particular ceremonies, such as wedding, funerals, New Year celebrations. However, the most prominent Persian traditions refer to the everyday meals such as breakfast, lunch and dinner. Breakfast is traditionally the place to serve aleem (wheatmeal, Lamb), asheh mohshalah (creamy soup), kaleh pacheh (Lamb soup). Lunch usually includes rice, various herbs and meat and many of the dishes are similar to those served for dinner. A traditional meal for both lunch and dinner is khoresht-e-fesenjun. This delicious stew made from pomegranate juice and walnuts includes poultry (typically duck or chicken) and is served with a helping of boiled rice.

Persian chefs are passionate about their traditional dishes and they enjoy presenting them to foreigners who have never tasted them before. Ranging from the traditional simple and fast cooking dishes and going through the more elaborate dishes, Persian food is a never-ending source of pleasant surprises. Many women chefs have mastered the art of Persian cooking and for many of them this is turning into a career. However, most women in modern Iran are excellent chefs and they provide their families with healthy and delicious Persian dishes.

Retrieved from "https://recipes.fandom.com/wiki/Persian_Cuisine?oldid=676892"
Community content is available under CC-BY-SA unless otherwise noted.