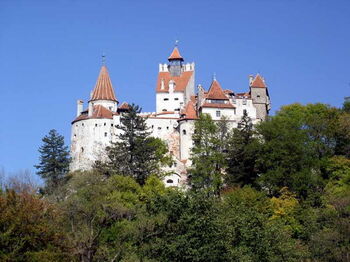 Romania has a tumultuous history, as it is situated in a geographical position that made it a prime target for many invading nations. The diversity of the Romanian cuisine is quite high because of this and a careful observer will notice traces of many international cuisines in the Romanian traditional cuisine. Starting with the dishes brought by the Roman invaders and continuing with influences from other nations such as the Turks, Russians, Germans and Hungarians the Romanian cuisine tried to pick up the best dishes and adapt them to the local traditions. Several traditional Romanian dishes, such as “mamaliga” (or polenta as it is often called) and “sarmale” (cabbage rolls with rice and minced Pork meat) are considered native Romanian dishes. These are still popular nowadays and their rustic preparation methods are still greatly appreciated even in Romania’s large cities.

Throughout Romania’s history, its large provinces were often under foreign occupation. The influence of the cuisines of the neighboring countries and those of the occupying nations can be clearly seen today. The north-eastern part of Romania, Moldavia, was under Russian influence for a long time and several dishes that are also popular in Russia found their way in the cuisine of this particular region. The southern part of the country displays its relationship with the Ottoman Empire, not only in the cuisine but also in the style of life, which is more relaxed than in the north or west. Dishes that are specific to Turkey or other neighboring countries, such as halva or coffee quickly became part of the Romanian cuisine. The Western part of Romania, Transylvania, shows some influences of the German and Hungarian cuisines. Dishes are spicier here, and ingredients such as paprika are often used to improve the taste of the traditional Romanian meals.

The Romanian cuisine uses elements from various cooking traditions borrowed from their neighbors and developed from their own traditional dishes. While there are no specific or unique preparation methods for Romanian cooking, we should point out that attention to detail is important in the Romanian cuisine. Using the right amount of spices for example is essential – either for spicing up the taste or for coloring the dish. Each traditional dish has a special cooking method, which is more or less general in all of Romania’s regions. Meat is one of the main elements of most Romanian but other popular ingredients include potatoes, beans and different other vegetables. Many Romanians have parents or grandparents that live in the countryside and they often own vegetable gardens. Rustic and traditional meals are simple and easy to prepare. However, city chefs have developed intricate and sumptuous versions of the rustic dishes, which take hours to prepare but are as delightful to the taste as they are from a visual point of view.

Romanian cooking can be handled with the simplest instruments, or with the most modern and complex ones. Ranging from cake pans, can openers, colanders, egg rings, poachers and holders, food dishers & portioners, food pans & food containers to other kitchen utensils, such as food scales, food scoops and fryer baskets & accessories, the Romanian cuisine needs a diverse cooking equipment set in order to produce the most sophisticated Romanian dishes. You should consider insulated food carriers if you are transporting the food and a full set of kitchen linens and uniforms if you wish to look like a pro. Here are a few other items that will come handy while cooking Romanian food: juicers, kitchen knives, kitchen slicers, kitchen thermometers, measuring cups & measuring spoons, miscellaneous utensils, mixing bowls and skimmers & strainers. Essential utensils like serving spoons, spatulas, forks, turners, scrapers and tongs should also be part of your cooking "arsenal".

Most Romanian traditions are also celebrated through special dishes. The importance of the meals around festivities is high and a lot of preparation and energy goes into making the festive meal a memorable one. Birthdays and name days are always celebrated to the fullest, and in many cases young Romanians will celebrate a b-day with their friends in town and another celebration is at home, with family. Easter is another major holiday in Romania and Lamb is the primary meat used to cook Easter dishes. Boiled and colored eggs are traditionally served without any bread after two people test their strength by knocking them one against each other at each end. Christmas is celebrated more as a family and religious festivity, rather than a commercial one, although this is becoming less and less true in the cities. Pork meat is the traditional Christmas meat and it is prepared in sarmale or in stews. The strong Romanian tuica – plum brandy – is also present, both on Christmas and for the New Year celebrations.

One of the things most Romanians are proud about is their hospitality. Although Romania is not a rich country, people take pride in the fact that they are able and willing to offer strangers the best they have. And hospitality is often expressed through food. Romanian women are the ones that do the cooking in the family, at least in the traditional sense and in rural communities. Although most women from the countryside cook as part of their daily chores, city women mostly cook out of hobby. Romanian chefs are often present in the world’s large metropolis. Although the Romanian international cuisine is not as well known as the cuisines of other countries, there are several locations where, due to a significant number of Romanian immigrants, Romanian restaurants are very populated.

Retrieved from "https://recipes.fandom.com/wiki/Romanian_Cuisine?oldid=665788"
Community content is available under CC-BY-SA unless otherwise noted.