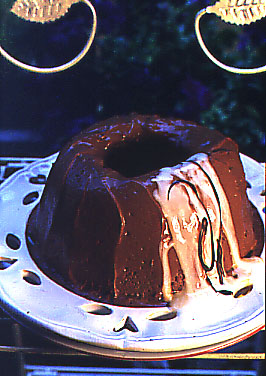 Semifreddo (Italian: "half cold") is a class of semi-frozen desserts, typically ice-cream cakes, semi-frozen custards, and certain fruit tarts. It has the texture of frozen mousse because it is usually produced by uniting two equal parts of ice cream and whipped cream. Such a dessert's Spanish counterpart is called semifrío. In Italian cuisine, the Semifreddo is commonly made with gelato as a primary ingredient. It is typical of the Italian region of Emilia-Romagna.

Italian term describing desserts made with creams and requiring refrigeration before being served, such as tiramisù.

Retrieved from "https://recipes.fandom.com/wiki/Semifreddo?oldid=645883"
Community content is available under CC-BY-SA unless otherwise noted.