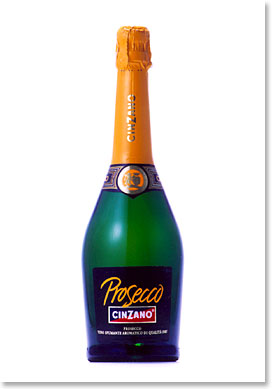 About Sparkling wine on Wikipedia

Sparkling wine is the American term for naturally carbonated wines that resemble Champagne but are produced outside France.

Sparkling wine is a wine with significant levels of carbon dioxide in it making it fizzy (also known as Fizzy Wine). The carbon dioxide results from natural fermentation, either in a bottle as with the méthode champenoise, or in a large tank designed to withstand the pressures involved, as in the charmat process. In some parts of the world, the word champagne is used as a synonym for sparkling wine, although laws in most countries reserve the word champagne for a specific type from the Champagne region of France. In that country, sparkling wine not made in the Champagne region is called Crémant.

The classic example of a sparkling wine is Champagne, but many other examples are produced in other countries and regions, such as sekt in Germany, cava in Spain, spumante in Italy, Cap Classique in South Africa and sparkling wine in the United States. Recently the United Kingdom has begun producing a wide variety of wines, including sparkling wines, many of which are considered comparable or occasionally even superior to Champagnes in quality; global warming is cited as the main reason why southern England is becoming suitable for wine production, although prior to the reign of Henry VIII and his seizure of church property, England's monasteries included several vineyards. Sparkling wine is usually white or rosé but there are several examples of red Australian sparkling shiraz. Some wines are made only lightly sparkling, such as vinho verde in Portugal - such wines are often called frizzante or pétillant, or simply semi-sparkling.

Retrieved from "https://recipes.fandom.com/wiki/Sparkling_wine?oldid=756234"
Community content is available under CC-BY-SA unless otherwise noted.