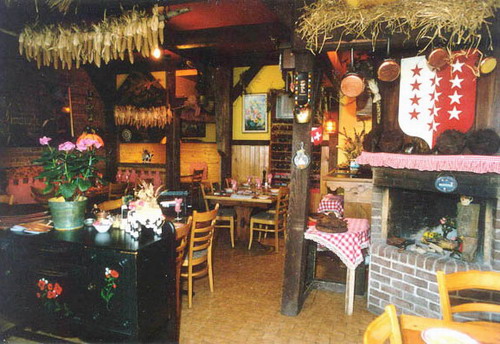 Switzerland is an Alpine European country that has stated as a compact country for centuries. Being a neutral country during both world wars, Switzerland has been the refuge place for a lot of German, Austrian and Italian writers, such as Thomas Mann, Stefan George and Ignazio Silone.

The Swiss chard (Beta vulgaris var. cicla) found in Swiss cuisines, with its long white stems, is actually influenced by the Mediterranean cooks for flavoring soups and rice dishes. Swiss chard is a popular vegetable nowadays, even being the most important vegetable in the Nice region, and is has also grown abundantly in the districts around the Rhône valley because of its resistance to cold weather.

chocolate, one of the main characteristics of the Swiss cuisine, has been known to this region for centuries. Lindt, Nestle, and Kraft are just some of the main chocolate factories in Switzerland, and of course, the most refined chocolates and its derivates in the world. The Swiss Cuisine is reknown all over the world for its delicious taste. Some of the commonly found cuisines are: Aargau (carrot Cake), Acelgas Guisadas (Braised Swiss chard), Acqua Di Miele Alla Luganese (Honey water), Aelplermagronen (the Alpine Farmer's macaroni with applesauce) Pasta, Almanzo's Favorite Swiss Steak .

Swiss cuisine is firmly rooted in the dairy products, like cheese, milk, cream, butter and/or yoghurt. Almost anything that you want to prepare in a Swiss way has to contain more or less dairy products. Swiss people like to have dinner in a cozy family atmosphere, in an old-style rustic decor, wood beams, plenty of Swiss kitsch.

In the Zurich region of the country, there is a local specific dish, called zürigschnätzlet. It basically consists of thin strips of Veal with mushrooms in a cream sauce served with rösti, and can be found in other country parts, but under a different name, and cooked differently as well.

In the Nice region, the Swiss chard (Beta vulgaris var. cicla) is one of the main representative vegetables. It also grows in the Rhone valley and people use it for a lot of Swiss dishes, mainly salads.

No matter the region, one thing is certain: Swiss people enjoy chocolate. There are extremely many chocolate factories all over the country, and Switzerland is most definitely the top-notch choice for a select dessert.

There are special preparation methods where special unique dishes are being prepared. For instance, preparing a fondue experience takes an experienced chef that knows how to handle the whole cooking process. The cheese fondue states as the appetizer, and needs special attention so that the final product doesn’t have chunks of cheese inside. You start by pouring the white wine and wait until boiling point to place the cheese.

When preparing the fondues, you have to think about the flamers that need to be ready by the time you take the pot away from the cooking place. You have to place it over a steady low fondue- flamer and serve it right away.

For a Swiss classic meal many pots and serving spoons, spatulas, forks, turners, scrapers and tongs are needed. For cooking a classic fondue, you will need special equipment such as fondue-pans in which you prepare the melted cheese with  white wine. You also need spatulas of all sizes to stir the mixture. Then you will need special fondue flamers to place the ready prepared fondue on a hot spot to keep it liquid. Chopsticks are a must since you need them for all kind of fondues. There are special meat-fondue platters designed for the raw meat and the special dipping sauces.

Also, deep frying pans are a must. You have to use them to cook all kind of meat for those special Swiss schnätzles. You will need baking dishes as well, preferably in various forms to place the quiches inside them.

Deep serving dishes are required for the traditional Swiss soups. You need to consider cover lids and insulated food carriers to keep the temperature of the food constant, if you plan on serving the dishes at their optimized temperature.

Switzerland, as an Alpine folk country, is usually known for its expressive dances, such as the Shuplattler. There are numerous festivals that imply this Swiss rapid dance. Jumping and hopping makes all the attractiveness in this almost ritual-dance, and are celebrated by Swiss fests taking place after the dance is over.

Among Swiss food traditions, there is of course the cheese and wine tasting ritual. During the Oktoberfest, at the Swiss Historical village museum visitors can see with their own eyes the cheese making process.

New Glarus Community Fest takes place at the end of May each year, and celebrates the Memorial Day for three days, of course there being food concessions all weekend long.

Heidi Festival / Taste & Treasures is another food related festival that takes place in June, usually at the last weekend of the month, and is filled with great food, entertainment, music, and fun for the whole family.

Retrieved from "https://recipes.fandom.com/wiki/Swiss_Cuisine?oldid=748671"
Community content is available under CC-BY-SA unless otherwise noted.