It's time for the THIRD annual Battle of the Fantasy Foods, and we couldn't be more excited. We've had two incredibly successful years of the Fantasy Food Bracket Tournament, with SpongeBob's Krabby Patty and Gravity Falls' Smile Dip taking the crowns. This year, we are expecting the competition to be bigger than ever!

With over one thousand entries, we gathered 64 fantasy foods from communities all across Wikia.

Just like last year, this year’s final FOUR foods will be featured in the Wikia Fantasy Food Truck at New York Comic Con 2015 in October! 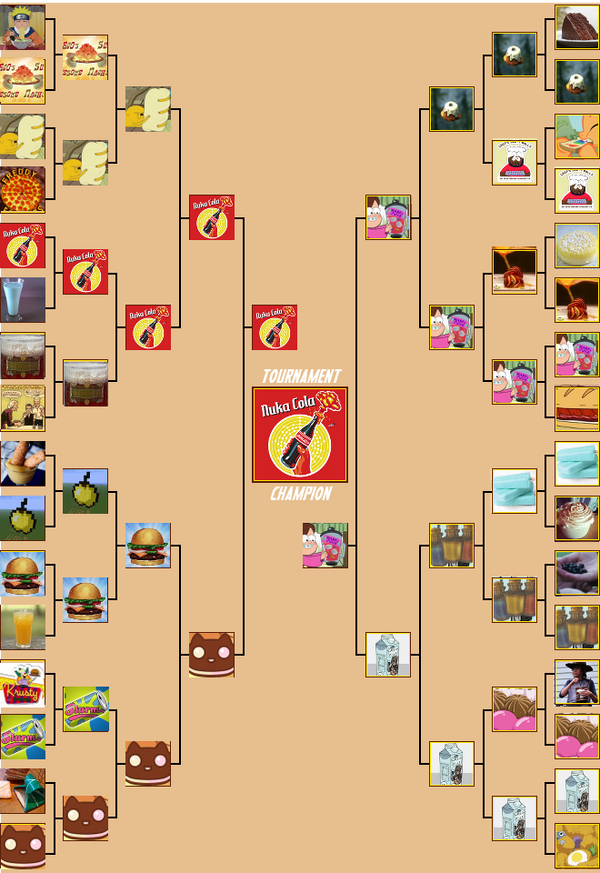 P.S. You can check out last year's Battle of the Fantasy Foods here!

Retrieved from "https://recipes.fandom.com/wiki/User_blog:Asnow89/2015_Battle_of_the_Fantasy_Foods?oldid=716947"
Community content is available under CC-BY-SA unless otherwise noted.