Wikia's team of foodies had the chance to go to the 2016 Winter Fancy Food Show, where we discovered all of 2016's budding food and drink trends. From camel milk to waffle cone espresso shots, there are some really fun new treats to try this year. We highlighted a few of our favorites below - enjoy!

This year, we're crazy for cones! We aren't talking about your typical ice cream parlor cones either...we're talking about fluffy, savory cones for stuffing pulled pork into or crispy almond cones to fill with cream.

Pretzilla just released soft pretzel cones, which are the perfect platform for any sweet or savory fillings you want to put inside. We also sampled chocolate waffle shot cones from Zia Valentina, which you use to sip espresso out of. An edible cup, who would have thought?

Our last favorite cone treat from the Fancy Food show was Aunt Butchie's cheesecake cones, which you can buy pre-made in the store. Creamy vanilla cheesecake is piped into lacey almond and sugar cones. We could've gobbled up at least ten of those cones! 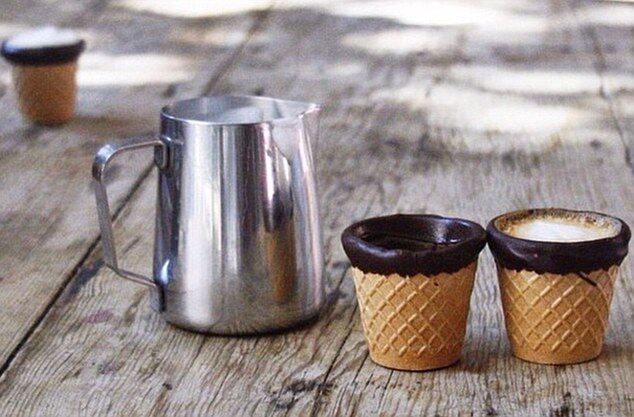 There were a lot of "crazy weird" products at the show, but we picked out a few of our favorites. Now, you've heard of margarita salt and salt for tequila shots...but have you heard of beer salt? Twang offers a variety of salt flavors, ranging from orange to hot lime, which you can lick before drinking your beer or add directly to the rim of the glass. It sounds weird- but it works!

You've had mint gum, bubblegum, and cinnamon gum... but have you had red velvet cupcake gum? Or gingerbread snap gum? Project 7 developed a line of unique dessert gums because the more the flavor, the more the fun!

The last strange, but delightful, consumable that we found at the show was camel milk from Desert Farms. The past couple of years, milks like almond milk, goat milk, and soy milk have made a huge resurgence- but camel milk really takes the cake! It's high in vitamin B, calcium, and protein and it tastes like creamy whole milk. 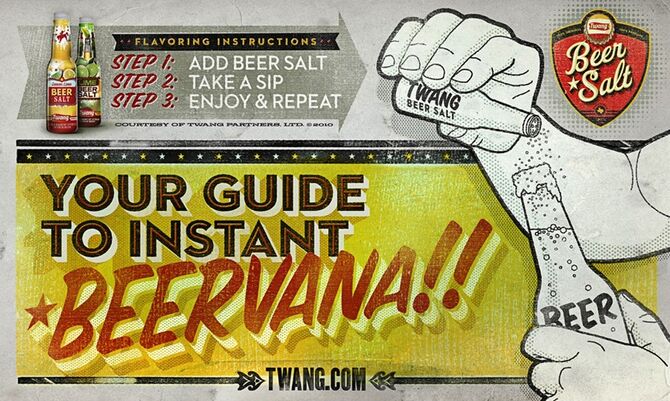 It's time to get techy! More and more, we are seeing technology break its way into the culinary world. We found spray on herbs, from Simply Beyond, at the show and were amazed. This unique innovation is an organic spray, which comes in flavors like basil and rosemary, that you spray in the pan before cooking your meal.

We had the chance to sample nitrogen infused coffee from Bona Fide Brewing Company, which is the hottest trend to hit the coffee world this year. The coffee was frothy, cold, and creamy - no milk or sugar necessary! The coffee is served from a tapped keg.

The final innovation that caught our eye was Snake Oil Distillery's infusion bottle. Pour your favorite wine, liquor, or even soda into the bottle and the flavors at the bottom will infuse the liquid with unique, aromatic flavors in 2-7 days. 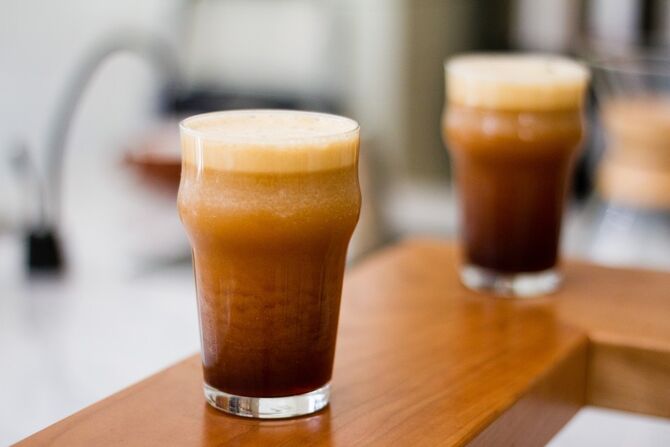 Dairy alternatives are IN this year! The biggest new non-dairy ingredient is coconut cream. Keep your eye out because you will start seeing coconut cream EVERYWHERE now. Our first coconut cream discovery was over at the Stumptown stand. Stumptown offers a premixed cold brew with milk and sugar, but they just released an alternate version with coconut cream.

Another favorite coconut cream treat was from CC Made (you might know the brand from their caramel corn). They created a coconut cream caramel sauce, which was to die for! Smother the sauce on ice cream, crackers, or even eat it by the spoonful. 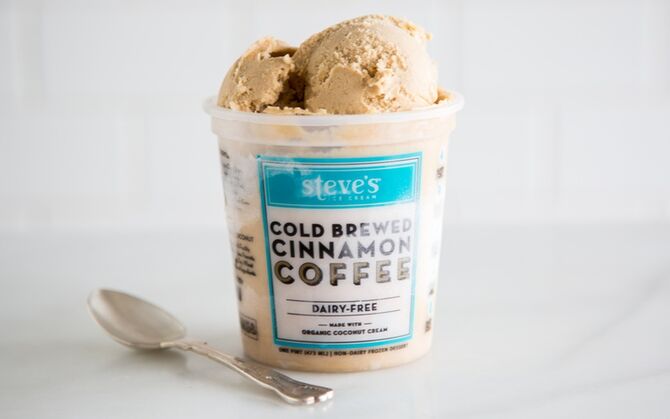