Polls are now CLOSED. Here are the winners! 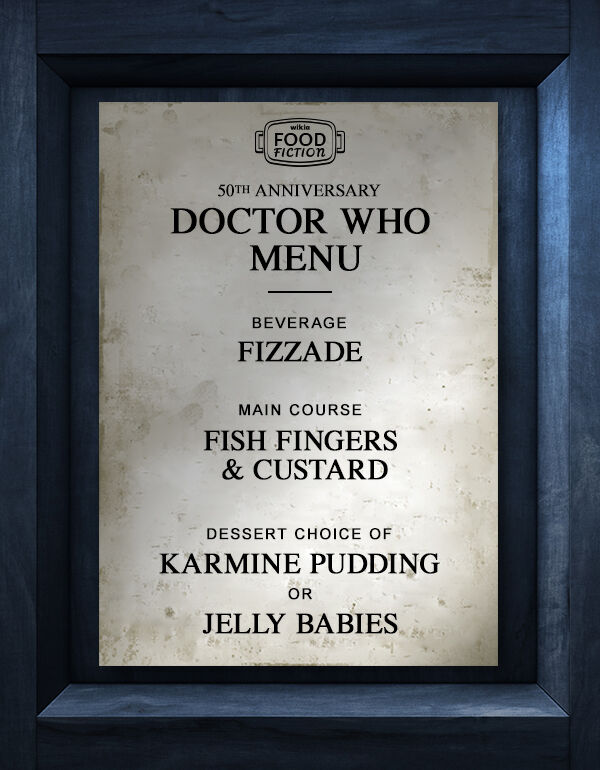 Hey there Tardis fans!
In honor of the upcoming 50th anniversary of Doctor Who, Wikia decided to plan a special anniversary party menu with foods entirely from the Doctor Who series. We chose the top entries from YOUR submissions, and now we leave the final menu to a vote.

*NOTE: Not all of the photos featured are Canon. We were not able to find photos directly from the series for certain foods, so we chose photos that best express what the food is.