UPDATE: Polls are now closed. We have our winners! 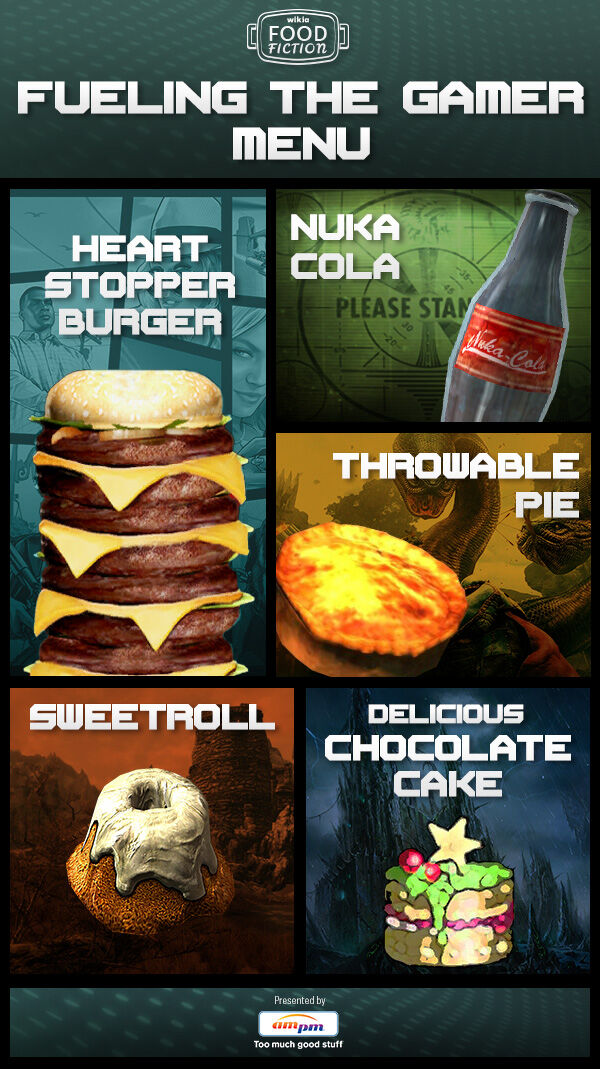 In honor of all the gaming you’re likely to do in December during the big holiday release season, Wikia decided to plan a special menu we call the Gamer’s Feast, made up of iconic foods from the most iconic games.

To help us decide which foods to include, we asked five of our most food-obsessed gaming communities - Elder Scrolls, Fallout, Dragon’s Dogma, GTA, and World of Warcraft Wikias - to nominate dishes from their fictional universes, and - from their nominations - we selected a small handful of dishes from all of Wikia to vote on.

Now it’s time for you to choose. Here are the polls!

(Note: Food in World of Warcraft is not represented visually)