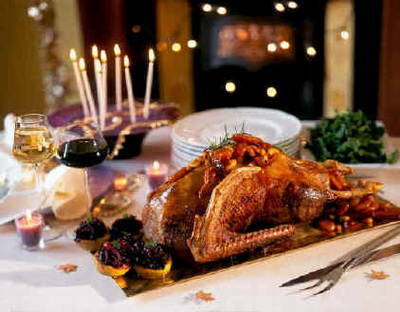 The Welsh cuisine reflects its Celtic inheritance. In Wales, some laws in the 10th century permitted the cultivation of only two vegetables, the leek and the cabbage. The oat is an essential ingredient in Welsh soups and even cakes, because until the increment of the coal mines, Wales was mostly an agricultural country. The most traditional Welsh dishes contain cheese, Lamb, Bacon, tea bread or leek. Nowadays, the Welsh Lamb is exported all over the globe, although in the past, Welsh people considered it a delicacy, that’s why it was served only on special occasions. Pork meat was regularly eaten because almost every family who was living in the rural areas of Wales had a pigsty. There were even pig slaughter festivals every year during which the butchers were performing a ritual. That’s why Bacon remained so popular in Welsh cuisine. There is even a traditional Welsh dish made of Bacon.

Welsh Black Beef is also very famous and consumed in Wales, besides the Welsh Lamb. The Welsh cuisine is rich in cheeses, Lamb and Pork meat and tasteful and healthy seafood. Fish meat is also an important element of the Welsh cuisine due to the fishing industry developed on the West Coast of Wales. Unfortunately, the oysters pretty much disappeared from the Welsh shores because of the over fishing. The shellfish and the Herring are a great source of protein and phosphor in the Welsh dishes. Seaweed is also cooked with Bacon into a delicious healthy dish called “laverbread”. The traditional Welsh breakfast is made of laverbread, some eggs and Bacon. The traditional Welsh late supper contains a snack, some fish meat or some mushrooms. In the past, a special traditional equipment for cooking, named “bakestone” was used for making cakes, pancakes, breads or oatcakes. Welsh people have developed their cuisine according to their needs and the ingredients that there were available. The result was the tasty, delicious cuisine that the Welsh people can be proud of.

Welsh people tried to guard fiercely their cultural inheritance, in order to save their ancient traditions. Nowadays Welsh traditions in matter of food became well know all over the globe. There is even an important project named “Wales, the true taste”, initiated by the Welsh Development Agency (WDA), which is promoting tourism in Wales and also the Welsh cuisines. It is known that Bacon is one of the most popular dishes in Welsh and the “Cawl”, a soup that in the ancient times was cooked over an open fire, is the most popular Welsh dish. Lamb and Pork meat are also prized Welsh dishes. In the 10th century, there was a law in Wales that allowed the cultivation of only two vegetables: cabbage and leek, that’s why these two vegetables are contained by many traditional Welsh recipes. The Welsh traditional cuisines are inspired by the social activities of the Wales inhabitants, that is why the Welsh dishes were and still are tasteful and consistent and perfect in providing energy to Welsh working men: coal miners, fishers or farmers. The Welsh fisher’s diet contained, of course a lot of fresh fish: shellfish, salmon and oysters. Seaweed is also cooked; the “Laverbread” is a delicious, healthy dish made of seaweed and Bacon. In the ancient times, the Welsh people were raising and consuming a lot of Pork meat. The Lamb was considered a delicacy and it was eaten only on special occasions. Nowadays the Welsh Lamb is very popular and it’s even exported.

The Welsh cuisine is a varied one, having its own special particularities. The Welsh cuisine succeeded to maintain most of its culinary traditions. The preparation methods for Welsh cooking are different, depending on the recipes and the ingredients as well. Welsh dishes are very consistent and healthy and they fit perfectly an active person’s diet. The traditional Welsh tea and coffee cakes are cooked on a “bakestone”, using an iron pot. Welsh dishes always taste and look great, because not only the taste but the food’s aspect also is important in Welsh cuisines. The oven is being used in cooking most of the Welsh dishes. The basic ingredients of the Welsh dishes contain Bacon, Lamb, Pork meat, cabbage, leek, fish and seaweed. The Welsh dishes have a special flavor and taste that derives from the ability in mixing spices, vegetables and meat. For example, the most popular Welsh dish, the “cawl” was cooked in the ancient times over an open fire. This soup was cooked first by farmers who were having a pigsty near the house, that’s why its main ingredient is pig liver. The liver is being cut into pieces, boiled with cabbage and leek and after about a half an hour, the sliced potatoes and spices are also added.

The Welsh traditional cuisine needs a diverse cooking equipment, but not necessary a sophisticated one. Just like all the other cuisines, the Welsh one needs first of all the basic equipment set of a kitchen, like: soup ladles, mugs, cruses, food scales, food pans or food containers. The Welsh cuisine needs also some special equipment, more like a traditional one in order to produce the delicious Welsh dishes. The “bakestone” is one of these traditional items mentioned above. The “bakestone” is more like a simple, primitive oven which is very efficient in baking a variety of Welsh pancakes, teacakes breads or oatcakes. The traditional cooking on a “bakestone” became a fine art. Welsh people have fiercely guarded their food traditions and ancient customs; although some of the cooking methods have been updated to modern techniques. It is known that Welsh people enjoy the teatime, that’s why they have a variety of traditional cakes for the tea table, such as: “Bara Brith”, the Welsh bread, the “Tease cinnamon”, a cinnamon cake, or the Welsh cakes with a spicy taste. All of these delectable traditional Welsh dishes are usually cooked on a bakestone or following the traditional techniques.

The Welsh cuisine is an important part of the Welsh culture, that’s why there are several food traditions and festivals over the year. During the food festivals, Welsh people are changing information concerning recipes or cooking methods, sharing old recipes or improved ones with the other participants. Lampeter Food Festival is one of the most popular Food Festival in Wales. Lampeter is a beautiful region of Wales, with many big farms. This type of festivals are important for the public because this way they get informed about the products’ quality, about new recipes or new cooking techniques. Lampeter Food Festival is a well known food festival where importers from all over the world are meeting. During a food festival, there are several contests and tournaments. Famous Welsh chefs are performing live performances and people are invited to taste the delicious dishes. If they like something in particular they can buy already cooked food for home. The Welsh tradition of food festivals brings joy and happiness into the counties where it takes place, being a delightful social event.

Welsh experts in the culinary field are dedicated people who love their work and their culinary traditions. These “food magicians” are subtlety mixing spices, flavors and basic ingredients into delicious Welsh dishes such as:

These are just a few examples of the tasty cuisine of Welsh. The Welsh chefs are usually bringing out some of the forgotten recipes, bringing them into actuality. The Welsh food culture and traditions are conserved with pride by the Wales dwellers. There are various food festivals in Wales, during which people are having a good time, celebrating Welsh food traditions. Famous Welsh chefs are performing live cooking and people are invited to taste the daintiness. Some Welsh chefs are even writing books according to their area of food interest. Some of them are writing their own innovations in matter of food, some of them are giving an extra touch to the traditional recipes and some of them are writing about the oldest Welsh recipes.

Retrieved from "https://recipes.fandom.com/wiki/Welsh_Cuisine?oldid=696621"
Community content is available under CC-BY-SA unless otherwise noted.